Frankfurt am Main (Frankfurt on the Main river)
The Main River is a historic and beautiful waterway that winds through central Germany. Technically a tributary, the Main is located entirely in the country, stretching from its east end to the west.

Historically, the river served as a divider between North and South Germany, separating two similar, but different, cultures. The northern half once belonged to the North German Federation, who was responsible for one of the first unifications of the country during the 1800s. The southern half of Germany was far more conservative, a fine representation of classic Bavarian culture.

In the present, the Main serves as a scenic way to travel across the country. Travelers use these European river cruises year round to visit many of Germany's most exciting cities. It's also a popular trade route for Germany. You'll find multiple locks along the way, and pass by other ships carrying goods throughout Europe. The Main River, as a tributary, connects the Rhine River and the Danube River. Because of this, it's an excellent way for river cruises and traders to travel across much of Europe.

The Main River boasts luxurious cruise vessels with all the modern amenities voyagers expect. Cruises are tailored to guests, with varying trip lengths, destinations, and entertainment. This ensures that everyone taking a Main River cruise is able to experience Germany in a way that works for them.

When sailing the Main, you'll find historic German landmarks and exciting cities full of things to do. Along the way, cruisers will have the chance to see the landscape German river cruises are famous for -- rolling hills, dense forests, and winding rivers.

Visiting cities on the Main 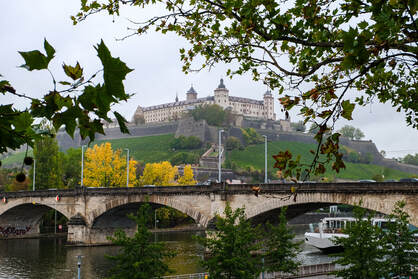 Würtzberg, Germany on the Main River
Cruises manage to snake past several Main River cities. During Maine cruise excursions, you'll be able to explore cities rich with Bavarian heritage. It inhabits everything, from the food to the architecture. Visitors will have the chance to see modern Germany as well. Populous cities dot the tributary, providing visitors with the chance to see some of Europe's most modern and lively locales. The Main River gives travelers the chance to see some of Europe's best spots, with options to fit whatever they want out of the adventure. Due to the river's proximity to the Rhine and Danube, cruises along the Main often visit cities outside of Germany as well. Here, we've listed some of the most common cities visited by Main River cruises.
​
You'll notice that our list ends with the renowned French city of Paris. That's because its often a start or end-point for Main River cruises, and always a popular one at that. These cities all have unique cultures that deliver on exciting adventures and delicious food. They're packed with the best Main River sights, from Old Town Nuremberg to the Stadel Museum in Frankfurt. 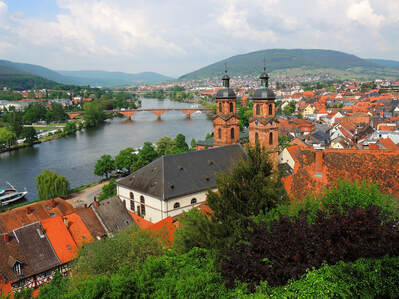 Miltenberg, Germany and the Seine River
​he Main River in German is the best way to immerse yourself in the country's culture while getting to see multiple parts. Cruisers will have the chance to take part in plenty of activities. Cruise ships often assist passengers with tour guide services, dining, entertainment and more.

​After a long day touring a city, on foot there's nothing like returning to the ship to relax and take a load off. When you're wanting to immerse yourself in rich culture, visit scenic Bavarian villages and cities, and cruise a beautiful German river, Main River cruises are the way to go.